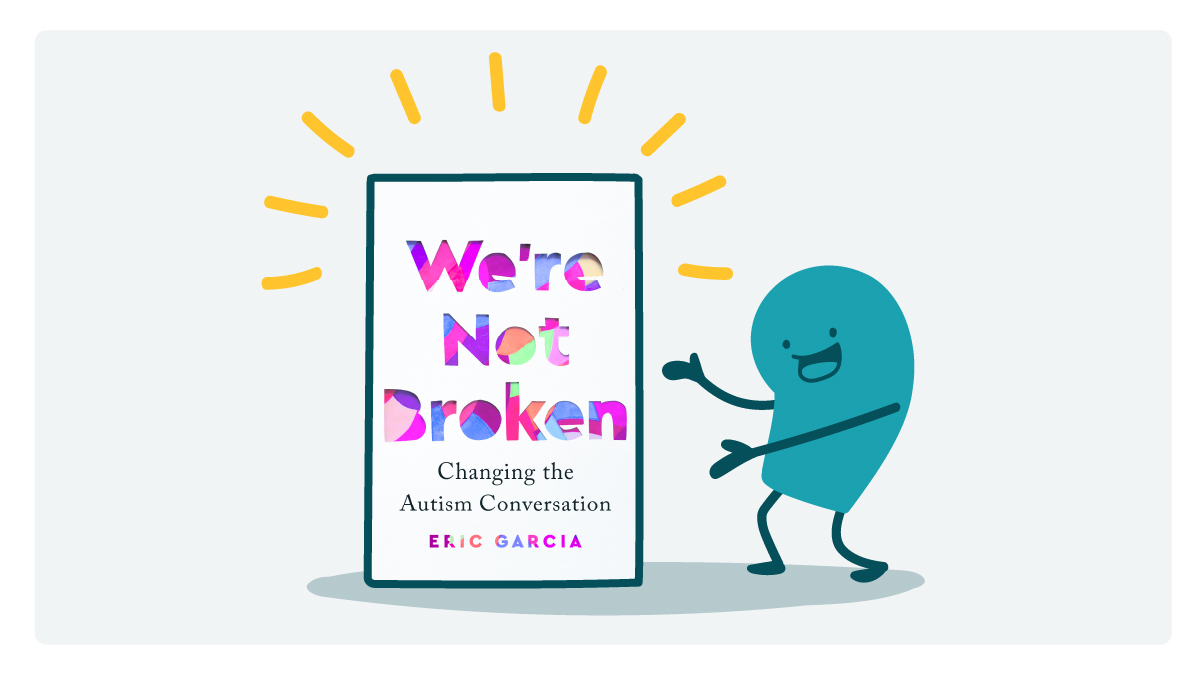 In today’s edition of We ❤️ Health Literacy Book Club, we’re diving into a must-read book on autism: We’re Not Broken: Changing the Autism Conversation. Drawing from his personal experience, autistic political journalist Eric Garcia explores what it’s really like to be autistic in America. Garcia makes a bold suggestion: instead of talking about autism as a problem to be solved, let’s focus on supporting and accommodating the needs of autistic people.

Garcia explains how the “autism epidemic” narrative of the 1990s and early 2000s often framed autism as a tragic fate or a battle to fight. While our understanding of autism has (thankfully) evolved, that messaging contributed to lasting stigma and misconceptions about the condition. Concerns about rising autism cases also opened the door to harmful pseudoscientific treatments and theories — including the longstanding myth that vaccines cause autism. And the COVID-19 pandemic has made it clear that we have a long way to go to rebuild public trust in vaccines.

Garcia argues that efforts to find causes and cures for autism have done little to improve the everyday lives of autistic people. Yet major research initiatives continue to focus on identifying genetic causes of autism. To autistic people, this can send the message that politicians, researchers, and health care professionals care more about curing autism than addressing the systemic issues that affect their well-being. For example, 85 percent of college-educated autistic adults in the United States are unemployed or underemployed, contributing to housing insecurity among autistic people.

Autistic people also face barriers within the health care system. For example, autistic women, transgender and nonbinary people, and people of color often struggle to get an official diagnosis, which they need to qualify for disability accommodations at school or work. And some autistic people have reported traumatic experiences with applied behavior analysis (ABA) therapy, a treatment that’s considered the gold standard in the United States and is often the only service covered by health insurance.

We know, dear readers, that these issues are surrounded by intense debate. But as health communicators, we have an opportunity to build trust with audiences who often feel unheard and alienated by public health messaging. When you’re creating materials about autism, keep these tips in mind:

The bottom line: Eric Garcia’s We’re Not Broken: Changing the Autism Conversation is a must-read for health communicators everywhere.

Tweet about it: .@CommunicateHlth is back with another edition of the We ❤️ #HealthLit Book Club! Find out why @EricMGarcia’s We’re Not Broken: Changing the Autism Conversation is a must-read for #HealthComm folks: https://bit.ly/3F9eEh0