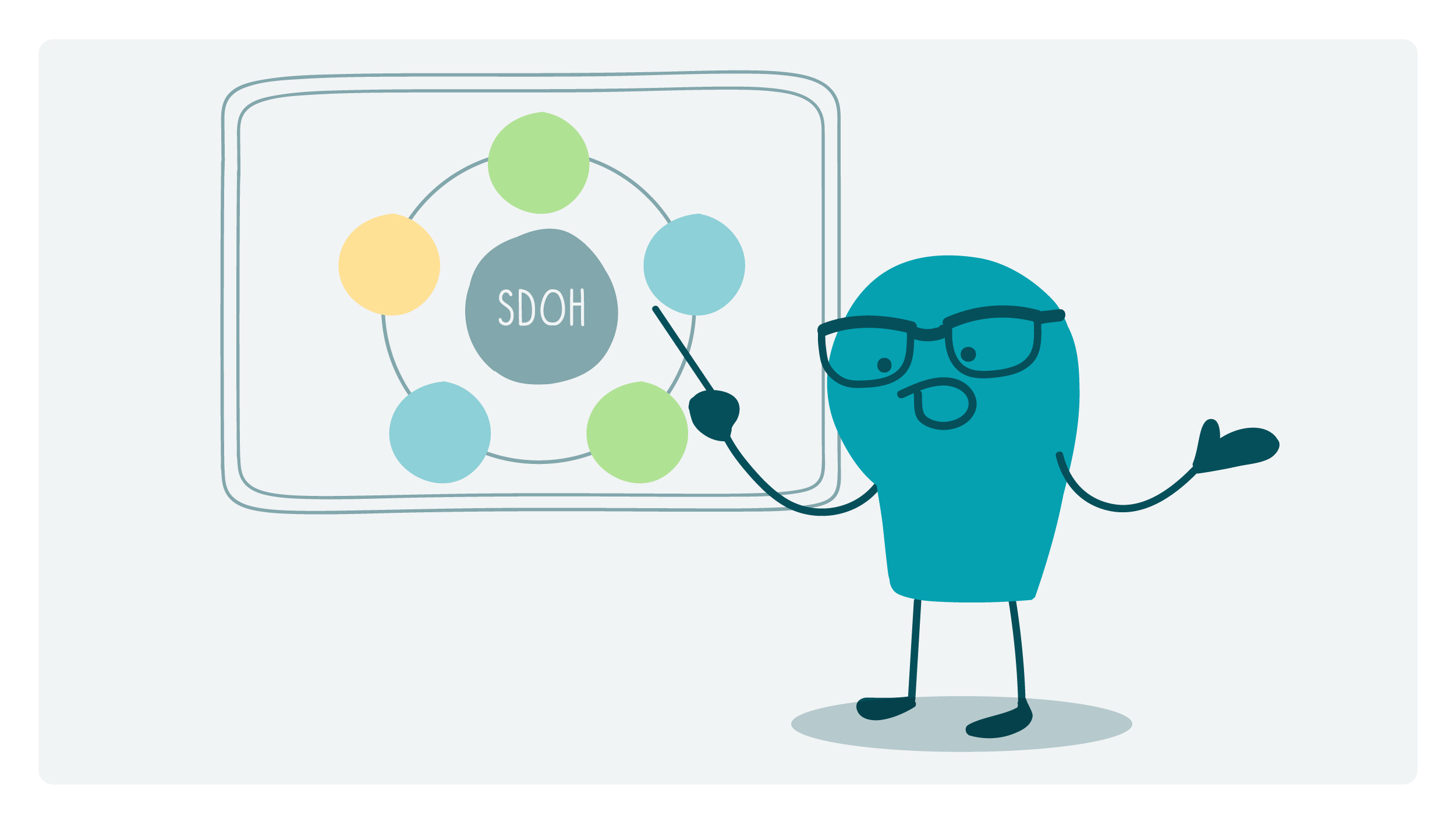 You may very well think of the term as one you only use with fellow public health or health comm professionals, and we’d agree that that’s mostly been the status quo. But as we get more explicit about the role of inequitable systems in our health communication products — by naming racism (not race!) as a risk factor for disease, for example — we think that’s changing. People deserve real explanations for information we’re giving them, and sometimes that involves communicating about social determinants of health.

The problem, of course, is that “social determinants of health” is a jargon term if there ever was one. Public health folks may use it without a second thought — but for many people, the meaning isn’t at all clear. Maybe you’re even a little fuzzy on the specifics yourself. (And no shame if you are — this is a judgment-free zone, dear readers!)

Social determinants of health (sometimes called SDOH) are conditions in the places where you live, learn, work, and play that can affect your health in lots of different ways. In other words, they’re the non-medical factors that affect health and well-being, and they’re usually outside your control. They include factors like neighborhood and housing safety, air and water quality, experiences with racism and discrimination, and access to all sorts of things — like health care, education, and healthy foods.

The other important thing to remember about social determinants of health is that they’re due to often long-standing policies and systems. So if you have the space in the material you’re working on, we also suggest including an example to really drive that point home. You could say:

Because of things like environmental policies and zoning laws, some neighborhoods have lots of air pollution. If you live in one of these neighborhoods because it’s where you can afford to live, you’re more likely to have breathing problems. You have no control over the unhealthy air that you’re breathing in every day — but it’s having a negative effect on your health. That makes it a social determinant of health.

Playing out an example like this can go a long way in explaining what social determinants of health are — and why they matter. And boy oh boy do they matter.

The bottom line: “Social determinants of health” is a public health buzz term that may not mean much to your audiences. So take the time to clearly explain what they are.

Tweet about it: “Social determinants of health” is a public health buzz term if there ever was one — but it’s also super important. @CommunicateHlth says take the time to clearly explain #SDOH: https://bit.ly/3XmTIeY