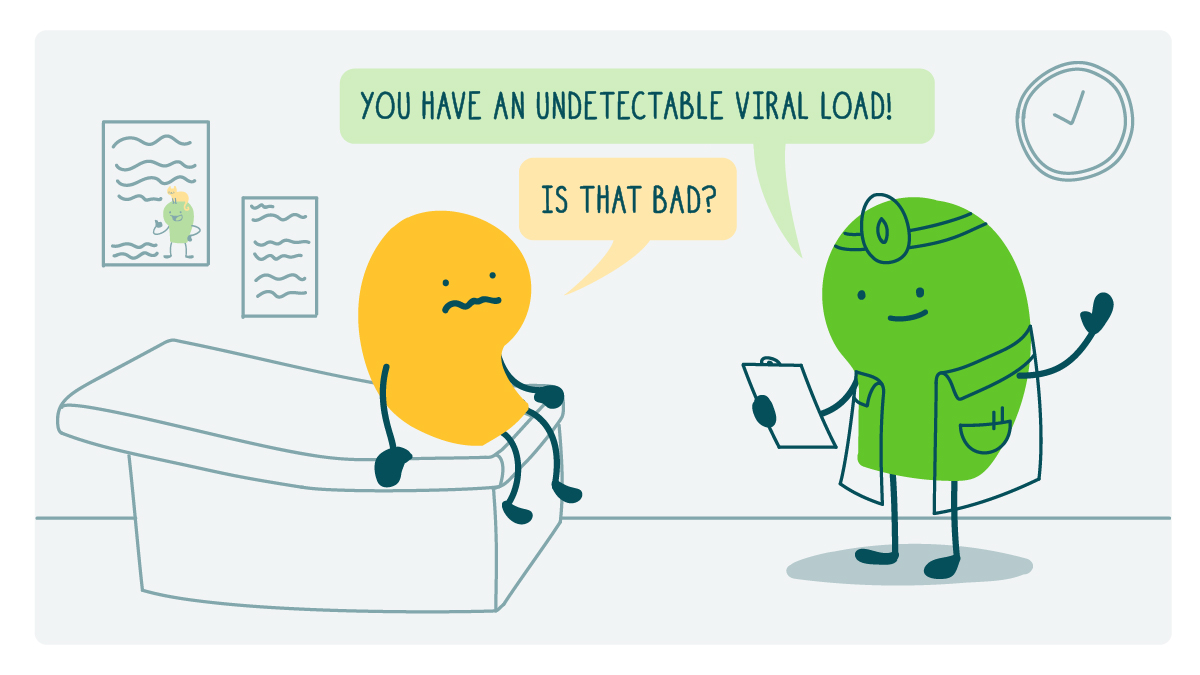 Here at We ❤️ Health Literacy HQ, we write about HIV a lot. After all, preventing HIV is a public health priority.

Not long ago, we covered how to explain medicines that can prevent HIV in plain language. And when we did, we got a request from one of you, dear readers, to cover “viral load” next. (Here’s your reminder to always reach out with post ideas or requests!)

Why do we need to talk about viral load, you ask? For people with HIV, viral load is a key indicator of how healthy they are. That means they’re likely to hear the term from their doctors. And that means it’s important to make sure they understand it.

So here’s how to give a quick but clear explanation of “viral load”:

Our eagle-eyed readers may notice that we recently shared thoughts on avoiding “detect” and other forms of the word. So it’s worth noting that we’d make an exception for “undetectable” since people who have HIV are so likely to hear the term that it’s important to teach it.

Also, you may have heard people refer to the info in that second bullet above as “U=U,” or “undetectable=untransmittable.” While it’s a super important concept (and also a social marketing campaign!), we’d generally recommend against using it in plain language consumer materials. We know that users with limited literacy may struggle to interpret symbols, and the terms themselves aren’t particularly plain language anyway. If you do want to go that route, be sure to contextualize it in plain language.

The bottom line: When you’re writing materials for people who have HIV, make sure to explain “viral load” in plain language.

Tweet about it: People with #HIV need to understand the term “viral load,” but it’s not exactly #PlainLanguage! @CommunicateHlth has #HealthLit tips that can help: https://bit.ly/3kezraE