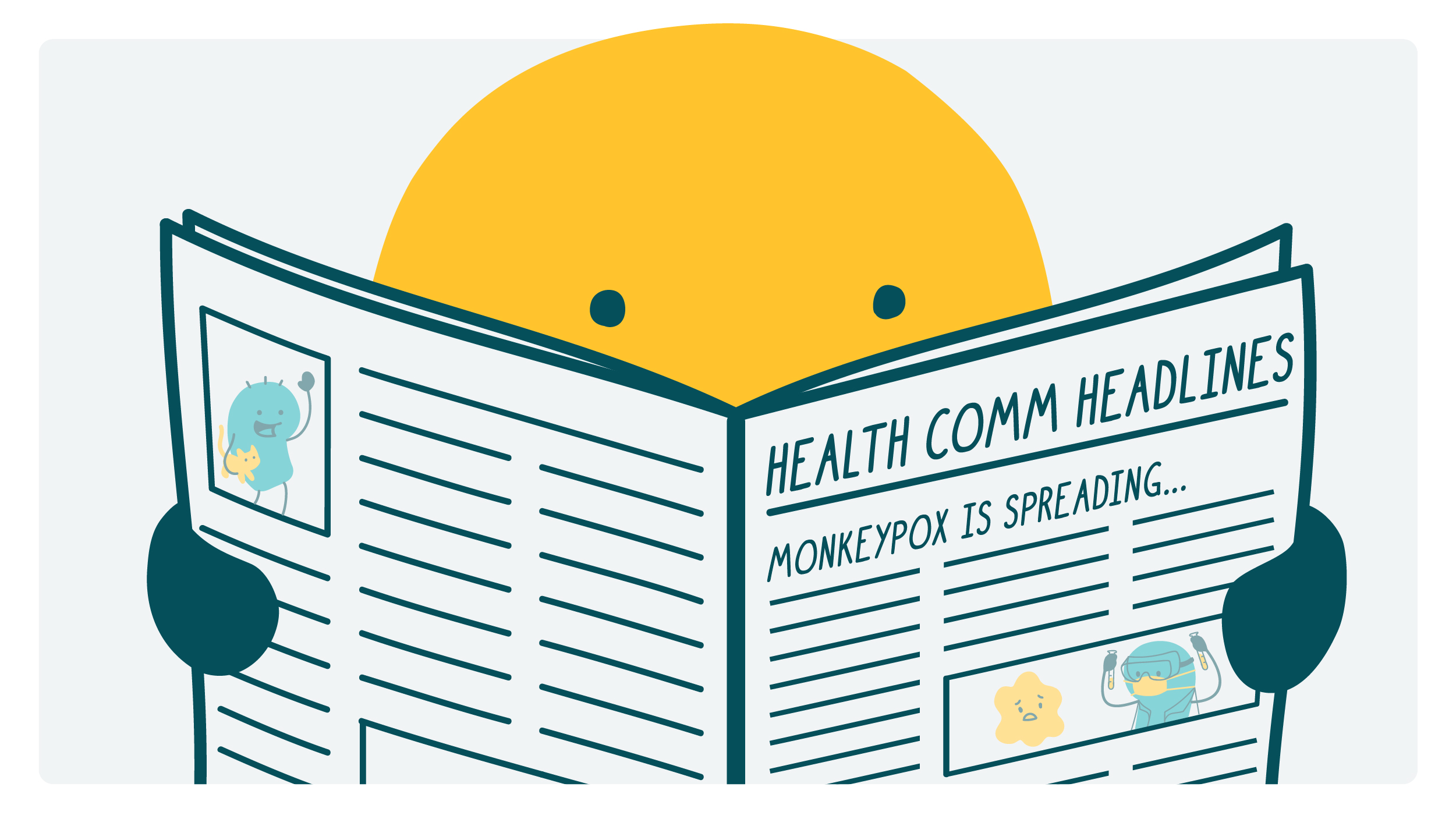 Though it’s almost impossible to process that there’s yet another virus spreading around the world, here we are. You’ve doubtless been keeping an eye on monkeypox (or MPX) — and well, dear readers, there’s a lot to unpack.

Any disease outbreak comes with specific communication needs, but there are some extra layers here: namely, that lots of the current cases appear to be in men who have sex with men. Trans women and nonbinary folks may also be at higher risk. But the virus hasn’t necessarily behaved this way historically, and anyone can get monkeypox by being in close contact with someone who has it. The resulting challenge — how to get the right info to the right people in the right way given what we know now about who’s most at risk — strikes right at the heart of our health comm charge.

So this week, we’re bringing you some reads (and listens) on the monkeypox outbreak and its potential implications, communication challenges arising from the virus’s unusual behavior, and even the words we use to talk about it. Read on for more — and let us know if you have follow-up comments. This is a very interesting and important space, and we’ll be watching closely.

Tweet about it: Check out @CommunicateHlth’s latest edition of #HealthComm Headlines — this one’s all about #monkeypox, or #MPX. Lots to unpack here: https://bit.ly/3NLq9OR