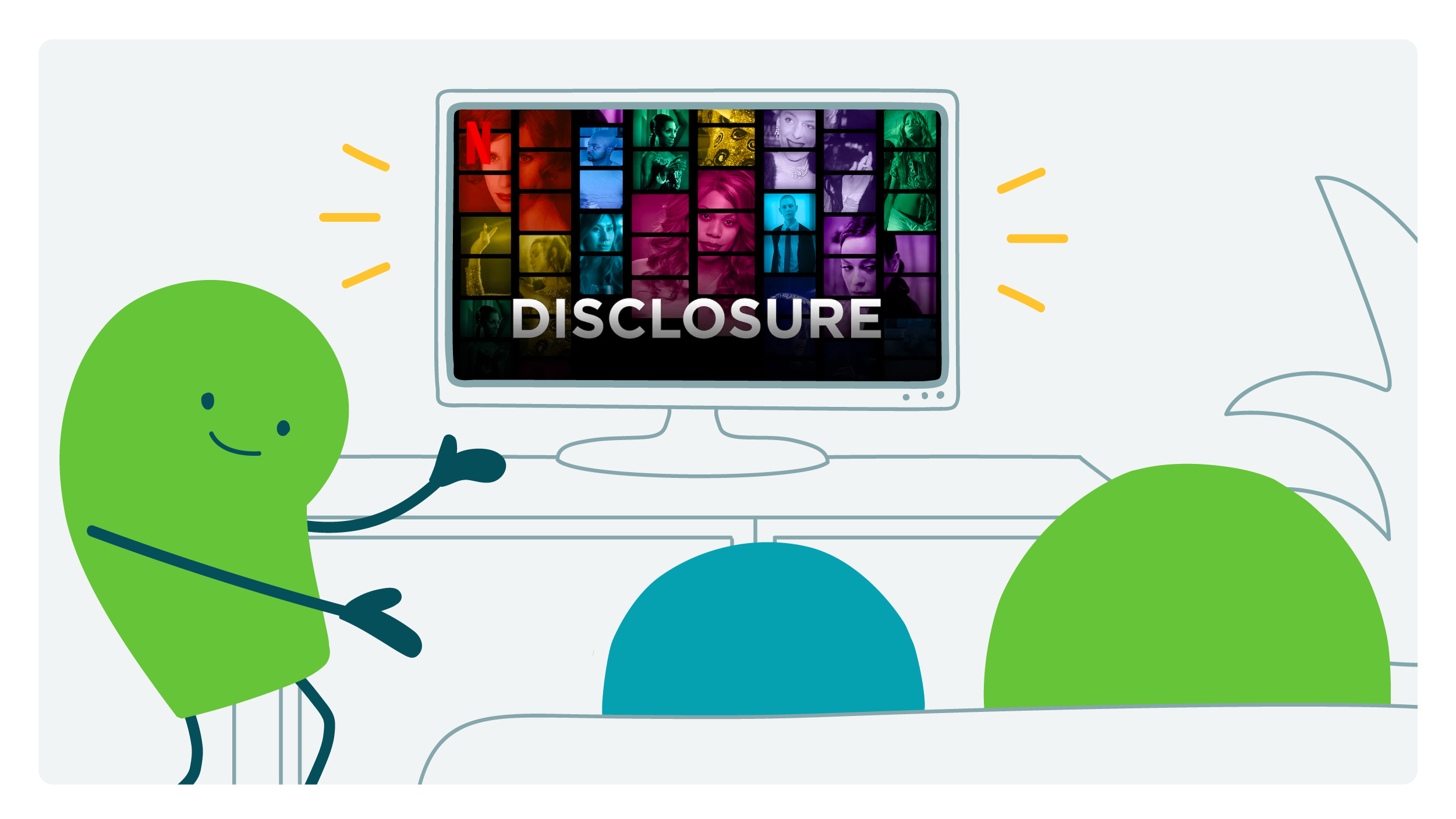 Happy New Year from all of us at We ❤️ Health Literacy HQ, dear readers! As we get back into the swing of things, we thought it would be nice to kick off 2023 with a movie recommendation. So grab your favorite movie snack and cue up the 2020 documentary Disclosure.

Disclosure comes from the talented minds of director Sam Feder and executive producer Laverne Cox. You may recognize Cox from her trans rights activism or her groundbreaking role on Orange Is the New Black — which led to her becoming the first openly trans person nominated for an Emmy in an acting category.

Disclosure is an honest and powerful examination of how the entertainment industry has portrayed trans people through the years. It fully leans into the uncomfortable parts, forcing us to confront the connection between negative depictions of trans people in movies and TV and real-life mental health effects among members of the trans community. Using media clips and candid interviews with leading trans thinkers and creatives, Disclosure untangles the depictions of trans people and the implications ­of those depictions — while looking critically at how being trans intersects with other identities, like those related to race and class.

As you can tell, there’s a lot to unpack here. And the doc definitely has some helpful reminders for health communicators — for example, about the importance of avoiding (and counteracting!) stereotypes and communicating with empathy. And you know how we’re fond of encouraging you to test your materials with your priority audience — which is, of course, the best way to make sure you’re doing those things? Well, we’re not going to do that today. We won’t even suggest seeking out informal feedback if you don’t have the resources for testing. Nope, not us. Instead, we’ll let Disclosure remind all of us that there’s nothing more informative than hearing from folks directly about their lived experiences.

And finally, we really ❤️ how trans joy shines through Disclosure despite the often-difficult subject matter of the film. Speaking of reminders, we’re living in a time when trans people in this country are under attack, especially young trans people. And as health communicators, we can do our part to foster trans joy by creating resources that center the needs and real-life experiences of trans people.

The bottom line: Watch Disclosure for a deep dive into the history of trans representation in the entertainment industry — plus some helpful reminders for health communicators.

Tweet about it: Watch #DisclosureDoc for a deep dive into the history of trans representation in the entertainment industry — plus, says @CommunicateHlth, some helpful reminders for health communicators: https://bit.ly/3CqbAh5 @Disclosure_Doc