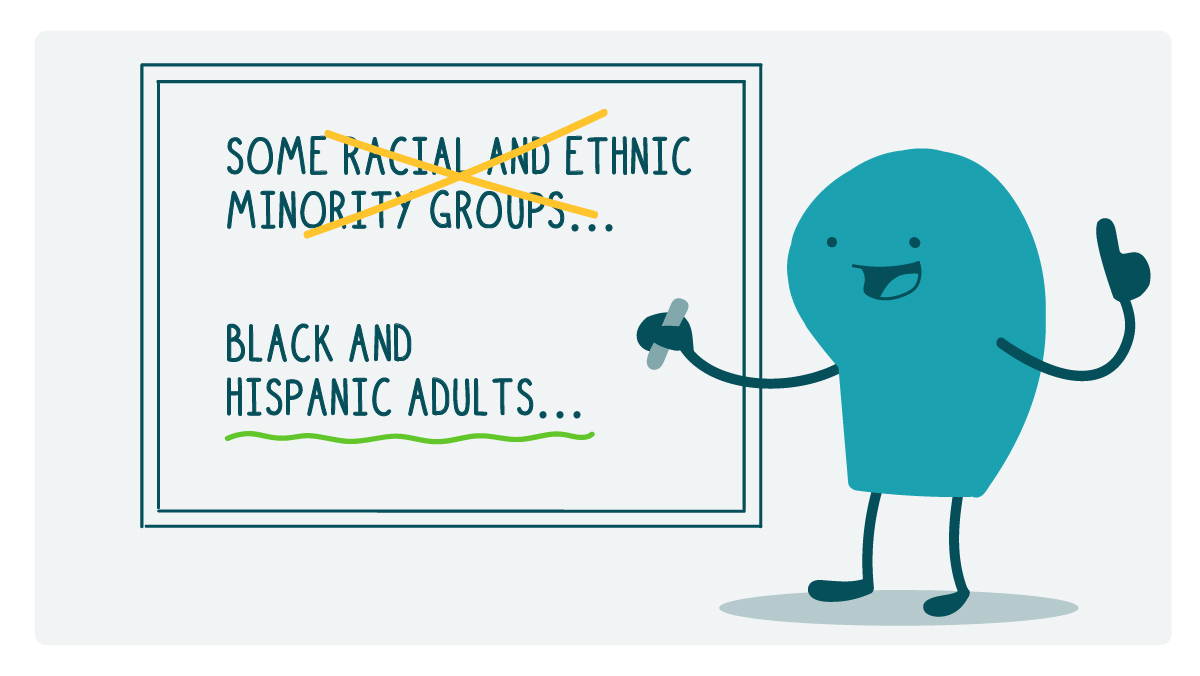 Here at We ❤️ Health Literacy Headquarters, we’ve talked a lot about why some of the terms public health professionals use to refer to groups of people can be problematic. In recent weeks, we’ve unpacked “hard to reach,” “target audience,” and “vulnerable communities.” This week, we’re adding “minority groups” to the list.

Consider, dear readers, what we actually mean when we use “minority groups” or “minorities” to describe our audiences. Often, we’re talking about — or even directly to — racial and ethnic groups made up of people of color. We might also use “minority” to talk about the LGBTQ+ community or people from specific religious communities.

But here’s the thing: the word “minority” itself suggests that the people we’re talking about are less important than the implied “majority.” We were excited to see this captured in guidance for inclusive language from the American Academy of Pediatrics, which says that the term “minority” may be disrespectful as it “denotes belief in human hierarchy.”

Plus, when it comes to racial and ethnic groups, “minority” may be just plain inaccurate! Globally, there are more people of color than white people. And in the United States, the Pew Research Center estimates that any singular racial or ethnic group majority will be a thing of the past within the next few decades.

So what’s a health communicator to do? Well, as we’re so fond of saying, be specific about which communities you really mean. And when you’re talking about disparities among specific racial and ethnic groups, be sure to call out systemic racism when it applies. Here’s an example.

The bottom line: “Minority groups” is vague and potentially alienating — get more specific in your health materials instead.

Tweet about it: “Minority groups” does more harm than good in our #HealthLit materials, says @CommunicateHlth. Learn about some alternatives you can use instead: https://bit.ly/3pmq22b